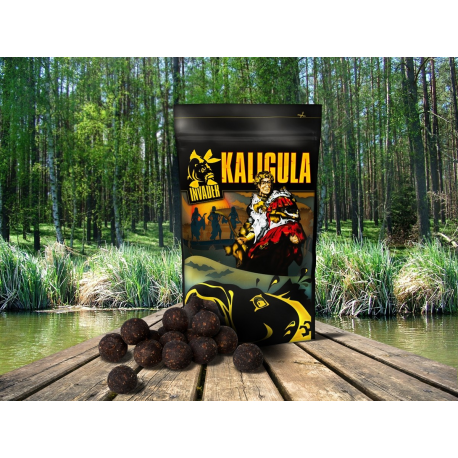 Caligula , the Roman Cesar , remembered more as cruel , lunatic and sadist than a great strategist and statesman. He used his power often to implement his whims than the Empire. Caligula undoubtedly is very high on the bloody list of the Roman emperors , but that does not mean that he was more cruel than the others . Under his rule the Roman Empire reached full development after the time of the principate of Octavian and Tiberius.

Italian cuisine is widely popular. Pizza, spaghetti, and tiramisu are world-famous examples of Italian delicacies. Italian cuisine is also rich in seafood, including SQUID that give the unique flavour for the Caligula bait and make it so special.

Boilies based only on natural ingredients and additives , like eggs , whole and ground grain , protein, and animal and vegetable meals .

No customer reviews for the moment.